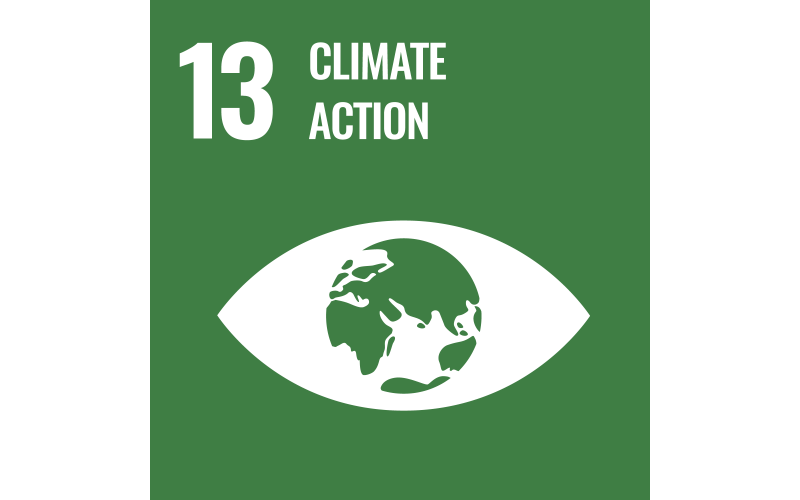 Take urgent action to combat climate change and its impact.

At present, the greenhouse gas emissions generated by human activities are the highest ever. Climate change triggered by economic and population growth is widely affecting human and natural systems on all continents and countries. The atmosphere and ocean heat up, and ice and snow melt, causing sea levels to rise. The surface temperature is expected to rise in the 21st century; if no action is taken, the increase in this century may exceed 3 degrees Celsius. As climate change affects economic development, natural resources and poverty eradication, how to deal with climate change has become a thorny issue in achieving sustainable development. Coming up with affordable and scalable solutions to climate change will ensure that the progress made over the past few decades will not be stalled by climate change and will ensure the health and resilience of the economies of all countries.

The Intergovernmental Panel on Climate Change told us:

●  The ocean heats up, the ice and snow melt, and the sea level rises. From 1901 to 2010, due to warming and melting of sea ice, the global ocean area expanded and the sea level rose by an average of 19 cm. Since 1979, the area of sea ice in the Arctic has been shrinking at a rate of 1.07 million square kilometers per decade

●  Based on the current greenhouse gas concentrations and emission levels, unless one situation arises, by the end of this century, the global temperature is likely to be 1.5°C higher than that of 1850-1900. The world’s oceans will warm up, and sea ice will continue to melt. It is estimated that by 2065, the sea level will rise by an average of 24-30 cm, and by 2100, it will rise by an average of 40-63 cm. Even if emissions are stopped now, the multifaceted effects of climate warming will continue for centuries

●  From 2000 to 2010, the growth rate of emissions was higher than in each of the previous three decades

●  If major changes are made in the system and technology, the chance of controlling global warming within 2 degrees Celsius will exceed half