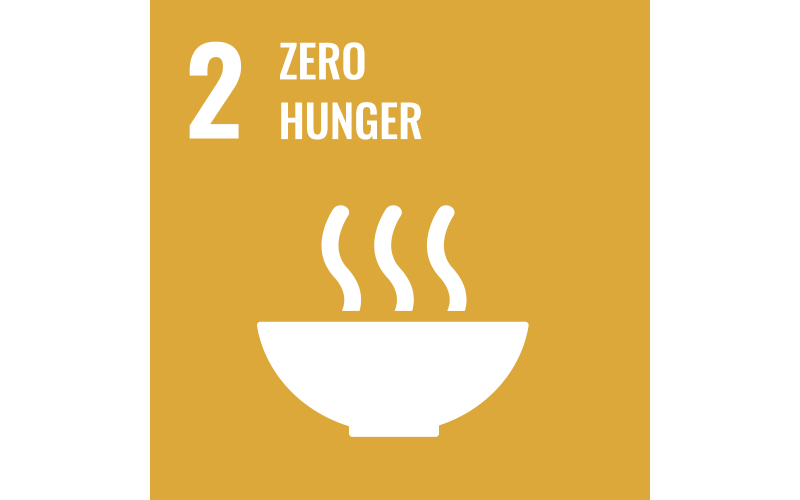 It is time to rethink how we grow, share and consume food. If done properly, agriculture, forestry, and fisheries can provide nutritious food for all and generate decent income, while supporting people-centred rural development and environmental protection. Currently, soil, freshwater, ocean, forest and biodiversity are rapidly degrading. Climate change puts more pressure on the resources on which we depend, increasing the risk of disasters such as droughts and floods. Many rural women and men have been unable to make ends meet on their own land alone, forcing them to migrate to cities in search of opportunities.

If we are to provide nutrition for the 925 million hungry people today and the 2 billion people who are expected to increase by 2050, the global food and agricultural system must make profound changes. The food and agricultural sectors provide key development solutions, which are also the focus of eradicating hunger and poverty.

The status of hungry people in the world

●  There are 805 million people in the world, that is, one-ninth of the earth’s population can’t eat enough to enjoy a healthy and active life

●  The vast majority of hungry people in the world live in developing countries, where 13.5% of people are undernourished

●  Asia is the continent with the most hungry people, accounting for two-thirds of the world's total. The share of South Asia has fallen in recent years, but the share of West Asia has increased slightly

●  Deaths caused by malnutrition accounted for nearly half (45%) of the total number of deaths among children under five years old, reaching 3.1 million people per year

●  One in four children in the world is stunted. In developing countries this ratio can rise to one-third

●  In the developing world, 66 million primary school-age children go to school hungry, and there are 23 million in Africa alone.

●  There are about 500 million small farms in the world, most of which practice dry farming and provide 80% of food consumption in most developing countries. Investing in smallholder women and men is an important way to increase food security and nutrition for the poorest countries, as well as for local and global food production.

●  There are 1.3 billion people without electricity in the world, and most of them live in rural areas in developing countries. Energy poverty in many regions is a fundamental obstacle to reducing hunger and ensuring that the world can produce enough food to meet future needs.