Yuanshan street, belonging to Longgang District, Shenzhen City, Guangdong Province, is located in the east of Shenzhen City and the middle of Longgang District, adjacent to Longcheng street in the north, Yantian District in the south, Henggang street in the west, Baolong street and biling street in Pingshan District in the East. Its total area is 46.69 square kilometers. As of 2019, the total population of Yuen Shan Street was 331 thousand, of which 16 thousand and 900 were registered residence. As of October 2019, Yuanshan street has six communities under its jurisdiction.

The Garden Street is rich in natural resources, and has three hills and two rivers (Wutong Mountain, Tong Ji Shan, Yuan Shan, Da Kang River and Wutong Shan River). The mountain forest area is more than 28000 mu, and is one of the most natural ecological resources streets in the region. Yuanshan Street Apollo future industrial city is the first future industrial city in Shenzhen and one of the "4 + 2" key development areas in Longgang District. 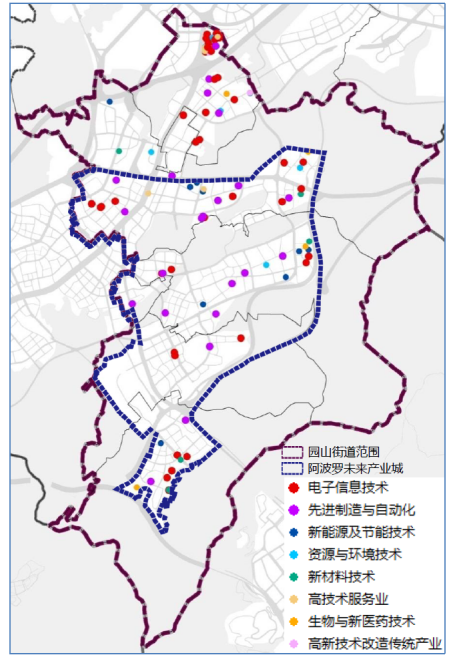 At present, Yuanshan street has prominent industrial leading industries, and national high-tech enterprises have begun to take shape, but the R &amp; D investment is high and the innovation carrier is small. In the planning, Yuanshan Street will carry out industrial upgrading, improve the industrial space system, form a hierarchical and orderly space combination, and have great development space and potential for enterprises. Under the strategy of Guangdong, Hong Kong and Macao Dawan District, Yuanshan Street will focus on "one axis, one belt, two centers, two pieces" to promote the development of the whole region. The comprehensive service axis will rely on metro line 16 and Pingnan road to connect the north and south areas and two service centers, and connect the Dayun new city to the north, so as to realize the regional suture. In addition, Yuanshan actively called on Shenzhen to connect with the knowledge and technology corridor in the east of Hong Kong and build a "science and technology industry corridor in the east of Shenzhen and Hong Kong". Relying on the support of the eastern transit corridor, Apollo future city will become the "first stop in Shenzhen" of the science and technology industry corridor. It will make full use of Hong Kong's higher education and science and technology innovation resources, give full play to Apollo's manufacturing foundation and cost advantages, strengthen the cooperation between the two real estate universities and research institutes, and improve Apollo's innovation ability and the development level of manufacturing industry. It will become an important strategic node on the industrial science and technology development axis of Eastern Shenzhen and Hong Kong To play a leading role in innovation with Hong Kong in internal expansion and radiating Dongguan Hui, and the innovation demonstration park around it will be driven by radiation.